< Back to Case Studies
Issue Advocacy 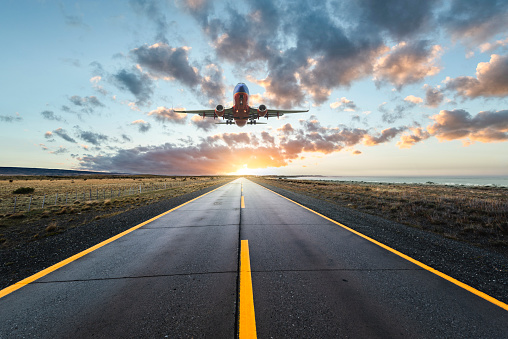 As a European airline with bold ambitions to deliver more affordable service on a global scale, Norwegian Air International sought to introduce trans-Atlantic service between Europe and the United States. Norwegian Air’s routine request to serve the U.S. market was met by severe opposition from influential domestic stakeholders.

After a three-year effort, which the U.S. Department of Transportation deemed “among the most novel and complex” it has ever considered, Prime Policy Group delivered a victory to Norwegian Air that secured approval from DOT for the carrier’s permit application. Prime Policy Group led a multi-faceted advocacy campaign that coordinated engagements with policymakers in Washington, high government officials in three European capitals, and domestic and international stakeholders in the travel and tourism industries.

Norwegian Air’s application faced substantial headwinds from U.S. domestic stakeholders who cited the carrier’s unproven business model and competition challenges. With a long history of working with Congress and regulators, these stakeholders pursued a campaign that sought to reject Norwegian Air’s request. While U.S. law and international treaty obligations strongly favored Norwegian Air’s prompt approval by DOT, an obscure provision in the U.S.-EU Air Transport Agreement was utilized to sow confusion in Congress, generate opposition, and derail the regulatory process. Being solely a European carrier up to this time, Norwegian Air did not yet have a robust natural constituency in the United States from which to garner support.

To position Norwegian Air for DOT approval, Prime Policy Group organized and managed a coalition of domestic allies – including three former Secretaries of DOT – in support of Norwegian Air. We effectively leveraged the carrier’s ample footprint in the United Kingdom and Ireland to generate meaningful engagement from senior ministers of both governments, shifting the case from a seemingly benign regulatory matter to one of preeminent diplomatic importance to U.S. allies, garnering the attention of White House and State Department officials. Prime built a group of champions from within the Executive Branch to support Norwegian Air’s bid and effectively neutralized congressional opposition by developing reasoned policy and political justifications. We advised on all aspects of Norwegian Air’s media and public affairs messaging strategy in the U.S. and, specifically, for the Washington and policymaker audiences.

Over the course of three years, Prime Policy Group diligently refined and executed a complex advocacy campaign that touched the Oval Office, foreign capitals, Capitol Hill, media outlets, communities across the U.S., and some of the world’s largest corporations.

Norwegian Air International was granted a foreign air carrier permit by the U.S. Department of Transportation and shortly thereafter initiated service to the United States shortly thereafter. Norwegian Air succeeded by winning the policy and political debates, grabbing the attention of decisionmakers through timely, high-level political engagements, and through innovative approaches to telling its story.

Prime Policy Group guided and executed Norwegian Air’s advocacy strategies, messaging and political engagements, and served as a prominent face of the carrier’s campaign in the United States. Our collaborative partnership with Norwegian Air was instrumental in the carrier’s ultimate success.