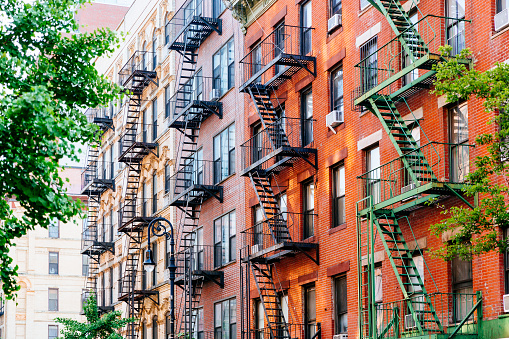 Since 2005, the federal tax code has included a provision enabling commercial or multi-family sector building owners to receive a deduction for energy efficiency upgrades. The Section 179D deduction enables accelerated cost recovery (depreciation) of energy efficiency investments made by commercial building owners. For energy-efficient investments undertaken by non-taxpayers (government/public entities), the deduction may be allocated to the designer of the retrofit – such as energy services companies and architects, among others – thus driving the development of more advanced and cost-effective efficiency technologies. The economic crisis stunted new building construction and commercial renovations across the country, and led to a substantial reduction in investments in commercial energy efficient property – thus leading to an under-utilization of Section 179D. It was in this context that Congress began to weigh whether to extend the deduction past its statutory expiration date. In 2013, a trade association representing energy services companies sought Prime Policy Group’s expertise to secure an extension of the deduction.

The economic downturn and resulting decline in energy efficiency retrofits of the nation’s building stock, coupled with an adverse view held by many in Congress of energy tax provisions, presented significant challenges to achieving an extension of Section 179D. In fact, Section 179D was slated for elimination in several tax reform proposals offered by influential Members of Congress.

In light of these challenges, Prime developed with the trade association a strategic campaign to deliver bipartisan congressional support and third-party engagement necessary to achieve the deduction’s extension. Prime proactively coordinated with other interested stakeholders in order to display a breadth of support from the business community and environmental organizations, thus amplifying the impact of the advocacy campaign. Prime utilized every opportunity presented to push the message that an extension of Section 179D is sound public policy, provides robust energy and environmental benefits, and delivers strong value to U.S. taxpayers. Through individual member meetings, committee hearings, political engagement and earned media, Prime helped the trade association position the issue in a favorable political and policy light.

The advocacy campaign sought by the trade association and led by Prime has been incredibly successful. Prime has helped the client secure the extension by Congress of Section 179D on two separate occasions, and continues to work on behalf of the trade group on its tax reform strategy.