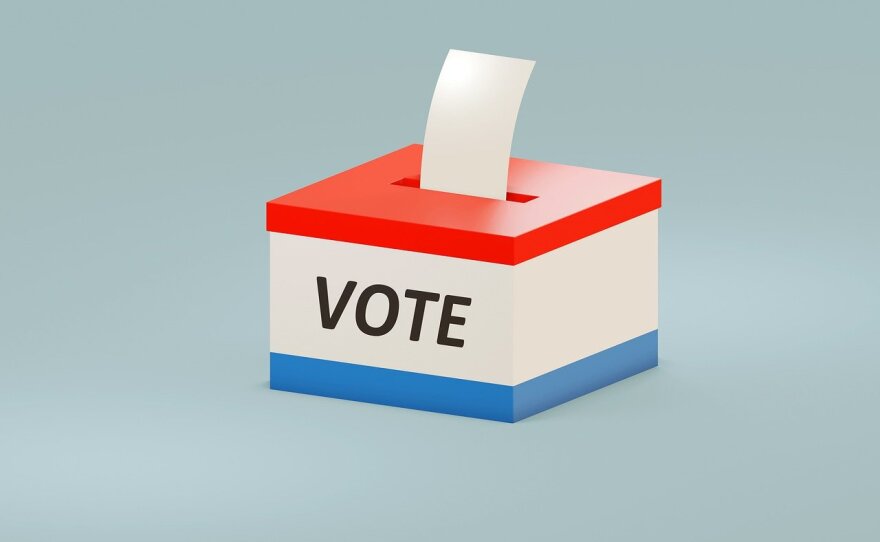 It is often said that there are few ironclad rules of politics; rather, political movements, ideas, and voters move fluidly like a slack topsail dancing in a summer doldrum. While few rules are written in stone, patterns do emerge that allow you to see over the horizon and navigate easier – one of which, is that the political winds often blow against the President’s party during their first midterm election.

We need look no further than the past two administrations for proof of this political concept. In 2010, President Obama’s first midterm, Democrats lost 63 seats in the House of Representatives and six seats in the Senate. Similarly, in 2018, Republicans lost 42 seats in the House of Representatives, but picked up two seats in the Senate due to a favorable political map. Headwinds are blowing strongly against the Biden Administration currently, and the electoral fundamentals point to a potential wave election for Republicans similar to 2010. However, given the recently completed redistricting process which both sides used to shore up the base of many potentially endangered incumbents, Republican pickup opportunities are limited.

According to the FiveThirtyEight average of polls, President Biden currently has an approval rating of 39.7% and a disapproval rating of 53.6%. This -13.9% deficit does not bode well for his party’s chances in the midterm elections. For context, at this point in their presidencies, Presidents Obama and Trump were +2.0% and -11.0% respectively.

Economic factors also bode poorly for Democrats in this cycle. Annualized inflation is well over 8%, and despite a nominal growth in wages, real wages have fallen. Inflation numbers are driven substantially by housing and energy costs, best exemplified by the fact that gas is at a national average of over $5.00 per gallon for the first time in the nation’s history. An old political nostrum is that Americans vote with their pocketbooks and hold the president accountable for a bad economy. While the level of control that a president actually has on the economy is debatable, the fact remains that the current economic conditions are also favorable for a Republican wave election.

The current redistricting cycle is the one bright spot for Democrats, as Republicans around the country focused their reapportionment efforts on shoring up vulnerable incumbents, rather than aggressively targeting additional seats. While this is partially true of Democrats as well, they had a few more states where they took an aggressive tact. According to an analysis by FiveThirtyEight, the number of Republican leaning seats nationally did not shift, while the number of Democrat leaning seats increased by six, and the number of highly competitive seats decreased by six. A potential downside to this aggressive expansion of potential Democratic seats is a weakening of current incumbents. Illinois and Nevada are two states where state Democrats spread their voters among many districts in an attempt to pick up a few seats. In a neutral political environment they would be highly likely to do so, but in the current environment, those aggressive moves may backfire as incumbents once thought safe could now be at risk. Rep. Dina Titus of Nevada is particularly vulnerable, as a number of Democrat voters were siphoned from her district, moving it from a D+22 seat to a D+4 seat. These voters were dispersed between Democratic Reps. Susie Lee and Steven Horsford’s district, moving them from slightly Republican leaning to D+2 and D+5 respectively. All three seats can be seen as in play for Republicans in the current cycle.

While it looks bleak for some moderate Democrats, they will have time to plead their case to voters and shape the narrative before November. The January 6 Committee hearings and findings, along with the leaked Supreme Court decision potentially overturning Roe v. Wade have the potential to serve as galvanizing forces for the Democratic base, helping the neutralize the current enthusiasm gap. Additionally, if the Federal Reserve is able to successful slow the rate of inflation without plunging the economy into a recession, it is entirely possible that the perception of Biden’s handling of the economy could shift into a Democratic advantage. Although Republicans should be favored to win a majority in both the House and Senate, much remains uncertain in the months leading up to election day.

Cook Political, a nonpartisan election handicapper, rates seats according to the likelihood that either party wins them. At time of publication, Cook Political rates 188 seats as “safe” for Republicans, and 162 as “safe” for Democrats. The remaining 79 fall into the contested categories, Likely Democrat, Lean Democrat, Toss-up, Lean Republican and Likely Republican. Currently, 21 seats fall into either the Lean or Likely Republican categories including ten currently represented by Democrats, which combined with the safe seats would give Republicans 209 seats, nine away from a majority. There are 25 seats in the Likely or Lean Democrat categories only one of which is currently held by a Republican. When combined with the safe seats, this would give Democrats 187 seats, 31 away from of the majority. Cook Political currently rates 33 seats as “Toss-ups,” nine currently held by Republicans and 24 currently held by Democrats. Louisiana has not finalized their 2022 maps yet, but the division of that state will either be 5R-1D or 4R-2D, further cementing the current Republican advantage. ‍

In Georgia, Trump-backed challengers to the sitting Governor and Secretary of State were handily defeated. While President Biden carried Georgia by the slimmest of margins in 2020, the Governor and Secretary of State positions seem to firmly favor Republicans this cycle. A more competitive seat in the state will be the Senate seat. Sen. Raphael Warnock (D) is up for reelection for a full term after winning a special election two years ago. He will face former football star Herschel Walker in what is seen as a bellwether race for the evenly split U.S. Senate. Elsewhere in the state, redistricting pit Rep. Lucy McBath and Rep. Carolyn Bourdeaux against each other in the Democratic primary for the 7th congressional district. McBath prevailed in the primary, notching 63% of the vote.

Controversial Rep. Madison Cawthorn (R) lost his primary against State Senator Chuck Edwards in North Carolina. Elsewhere in the state, Rep. Ted Budd emerged from a crowded Republican primary field which included former Gov. Pat McCrory and former Rep. Mark Walker. These results offer conflicting views of the power of President Trump as a Republican kingmaker, as Cawthorn and Budd were both endorsed by Trump. On the Democrat side of the Senate race, former state Supreme Court Justice Cheri Beasley lapped the field, giving the party its strongest possible nominee for the cycle.

Mehmet Oz, host of The Dr. Oz Show, won the Republican nomination for U.S. Senate in Pennsylvania where he will run against current Lieutenant Governor John Fetterman, who easily defeated moderate Rep. Conor Lamb in the Democratic primary. This is one of Democrats few true pickup opportunities in the Senate.

Rep. Alexandria Ocasio-Cortez has endorsed State Sen. Alessandra Biaggi’s bid to unseat fellow New York Democrat and current chair of the Democrat Congressional Campaign Committee, Sean Patrick Maloney. Maloney recently drew the ire of progressives within his party when he announced his intention to run in New York’s 17 congressional district, displacing Rep. Mondaire Jones, the district’s current representative. Elsewhere in the state, redistricting has caused Rep. Jerry Nadler, the chair of the House Judiciary Committee, and Rep. Carolyn Maloney, the chair of the House Oversight Committee, to run against each other for New York’s 12th congressional district in a heavyweight matchup that will lead to one of them losing their congressional seat.